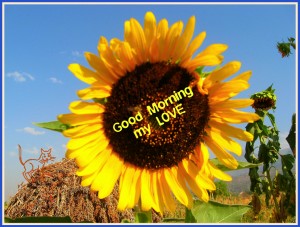 In September 2005 I, Jane Snyder, the founder and trustee of this organization, accompanied a married couple on a two month journey to East Africa. I visited six countries and stayed in people’s homes. The last country we visited was Uganda. We were invited visitors to an orphanage and school called the Palissa Child Concern Project. After speaking (and even prophesying all that God was about to do) God spoke and told me to come back to that place and to give each child 30 minutes of individual time. Two weeks before arriving to do this assignment, about 100 x-child-soldiers from the Kony LRA war, were rounded up from local streets by the police, and were brought to that very orphanage. My assignment grew to over 300 kids. When the x-child-soldier kids were kicked out of the school the following year, I mounted our first rescue and put them in a good boarding school. They became my responsibility.

At the same time we were educating our original ABU kids in a local high school.  Our Ugandan NGO was legalized in 2007 with a board of directors from the kids themselves. I, the founder became the trustee a job i still hold today. It was during these years that our organization Active Blessing Uganda, evangelized, cared for, and educated hundreds of Ugandan street kids in care projects all over the country. We did many specialty Medical Clinics and Abuse Therapy Programs for the returning child-soldiers of the LRA war.

In 2010 God spoke to our organization to transition out of care projects and to concentrate on the evangelization of Uganda’s 1,800,000 est. street children. They all deserve to hear about a savior who died for them and loves them. It was in 2010 that we sent our first five pastors to various cities to begin this work. Within a year it had expanded to over twenty-five Pastors, many of whom are still with us today.

It was in 2014 that our Pastors began reporting children disappearing and missing. Soon a few brave pastors began to penetrate the world of child-traffickers and began to recover their kids while leading those traffickers to Jesus. In a few short months we had found large networks and camps of African children. Many were being sold to witch-doctors for sacrifices and many as slaves for weapons manufacturing, drug- growing farms, sex trades etc. We began to do many rescues which strained our resources and caused division in our leadership. These abductions soon spread our Pastors all over Africa! Now we had to manage work in 10 countries.

2015 brought a new force of evil known as the Al-Shabaabs of Somalia. This terror network was aggressively abducting hundreds of thousands of children into terrorist training camps in East Africa. With some extensive evangelism our Pastors were able to bring down this network from the inside, and peacefully recover over 50,000 children held in their camps, whom we evangelized and returned to their countries.  Our Pastors were now found abducted or working in 17 countries and our Libyan Pastors and converts were abducted to the Middle East.

2016- 2017  brought the onslaught of ISIS into Africa, with their most painful torture techniques. They also keep thousands of abducted kids hostage for training, as well as sending Syrian assassins to kill any ABU Pastors standing in their way of total dominance.  The Presidents of many countries have just woken up to the fact they have been over-run, and there has been a rush of meetings and peace talks with ISIS. (None successful!) In March 2016 three ABU Pastors moved into Nigeria, (through peace talks) and have begun to evangelize the Boko Haram.

It seems that God likes bad guys. … really bad guys, and is giving them a chance to hear of Him and to accept Him, before they are judged. We have seen many terrorists captured by the various country’s military, and our boys given the opportunity to preach to them. There are so far thousands and thousands of terrorist converts to Christianity, accompanied by a release of the captives (our street kids).  God is doing an amazing work on behalf of His favorite kids. God has this to say:

“Because of the devastation of the afflicted,
Because of the groaning of the needy,
NOW I WILL ARISE,” says the LORD;
“I will set him in the safety for which he longs.”

In March of 2019 Active Blessing Uganda NGO was permanently closed. Active Blessing – the ministry to the abandoned of Melchizedek’s Treasure Ltd continues to exist and is supporting the street kids of the world at all times.