Melchizedek’s Treasure started with a 24 hour worship session held at the former Iranian Embassy on Embassy Row in Washington DC. At that time it was known as the Prince of Peace Embassy ! It was 1995. This event was followed by several more prayer events. It was after these insertions into the spiritual life of Washington DC, that God spoke during a time of total failure and said,”Start a Ministry. Get a board of directors.” I asked what the name of the ministry should be, and six weeks later it came like lightening: Melchizedek’s Treasure … Worship/Intercession Mobilization. I formalized the organization into a legal 501c3 public charity in 1998. Some of our original board members are still with us.

After meeting Bishop Daniel Bul from S Sudan in Washington, for three months I became burdened beyond life for that country. I finally asked God what could lift that burden of heavy tears and He said, “Call people to come and pray.” Six people came to pray in a cabin in W. Virginia for three days. The burden lifted. Two weeks later another burden was placed upon me for Pakistan.  This started a seven year cycle of carrying countries and doing prayer events (using all of the arts to express prayer). Over 50 countries were prayed for, mostly in the USA and later in other countries. The same Bishop Bul is now the Episcopal Arch Bishop of North Sudan.

In the year 2000 I, Jane Snyder, received an additional ministry called “A Ministry to the Abandoned” after passing a severe test from God. It lay dormant until 2006 with no-one understanding the call or the purpose. It was after I returned to Africa to to accept the call to work there … did we understand that this was the “Ministry to the Abandoned” spoken of six years earlier. 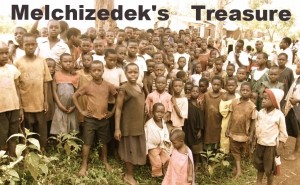